Don't Worry About The Bitcoin Price 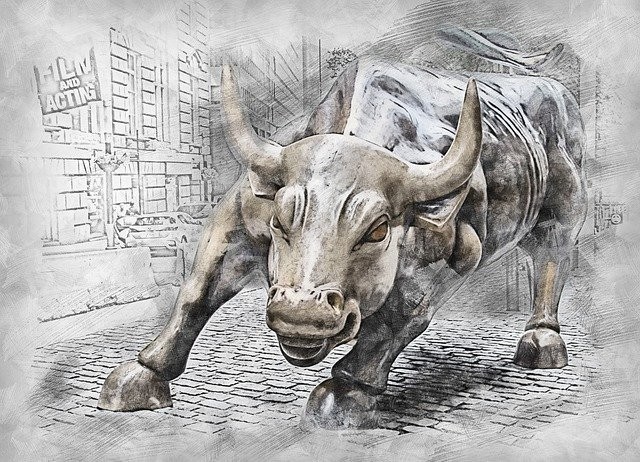 Do you have money in the stock market? You may have seen your portfolio take a nasty dip since the beginning of the year. The S & P is down almost 10 percent this month. The Dow has fallen more than 7 percent this month, and the Nasdaq could drop by 17 percent by the end of January. January has not been a good month for stocks.

So what's going on with the Bitcoin price right now? Bitcoin is currently sitting at around 35k, representing a 15 percent decline since the beginning of the year. This is a far cry from the all-time high of 69k. So what the hell is going on with Bitcoin's price right now? Several macroeconomic issues are impacting the price of Bitcoin, but they won't last forever. Here is a quick overview of what is causing the price to dive right now.

This is the biggest driver of the recent price dip and the general stock market dip. Federal Reserve Chairman Jerome Powell announced they would start raising interest rates this year to combat rising inflation. This spooked a lot of investors who got too comfortable with fed printing money hand over fist during the pandemic. Easy access to cheap credit meant a lot of leverage to play with. Now that borrowing costs are poised to go up, investors will likely borrow less money to speculate in the Bitcoin market.

Investors are selling their "risk-on" assets and putting them into bonds and other fixed-income financial instruments. This means less money going to Bitcoin, and the price reflects this. Leveraged buyers exiting Bitcoin isn't a bad thing and allows for price corrections that need to happen. This current dip in price is a good time for a savvy buyer to acquire more Bitcoin for a lower price.

Recently released Consumer Price Index (CPI) numbers have shown that inflation continues to accelerate. Inflation has reached 7 percent, the highest number since June of 1982! This has many Americans worried about their wallet. High inflation makes people risk-averse and motivates many to sell their "riskier" assets, such as stocks and Bitcoin. Retail investors like you and I are not willing to put their money into investments right now, thus the reason why Bitcoin has sold off.

If you have been paying attention to geopolitics lately, the "crisis" between Russia and the United States over Ukraine continues to escalate. Russia currently has 100,000 troops on the border with Ukraine and looks poised to invade at a moment's notice. The U.S is considering sending thousands of U.S. troops to Eastern Europe to assist NATO allies. Russia and the U.S have not been on this type of footing with each other since the Cuban missile crisis of 1962.

Russian President Vladamir Putin insists that he is not planning on invading Ukraine, but no one knows what he will do. The rumors of war play into the notion that the world is out of control, and people seek safety where they can find it. Conventional wisdom given by traditional financial advisors says to put your money in bonds and high interesting savings accounts during times of uncertainty, which is what the average investor has done.

Bitcoin had a banner year last year when it comes to institutional investors. 2021 saw big companies buy Bitcoin and keep it on their balance sheet.

This includes companies such as Telsa, Square, Coinbase, and Marathon Digital Holdings, to name a few. These are the significant purchasers of Bitcoin at the moment and are more ideologically driven to purchase Bitcoin regardless of price. Still, hedge funds, investment firms, and other financial entities are taking profits off the table right now, thus driving down the price of Bitcoin.

The overall fundamentals of Bitcoin haven't changed with the market turmoil. There is still a 21 million Bitcoin supply cap. There is no central authority that can create more Bitcoin. Bitcoin is decentralized and is the most secure blockchain ever created. These facts have not changed, which is why Bitcoin will rebound in the weeks and months to come. Don't worry about the price, and keep on stacking!