Governments Will Go After Your Wealth. 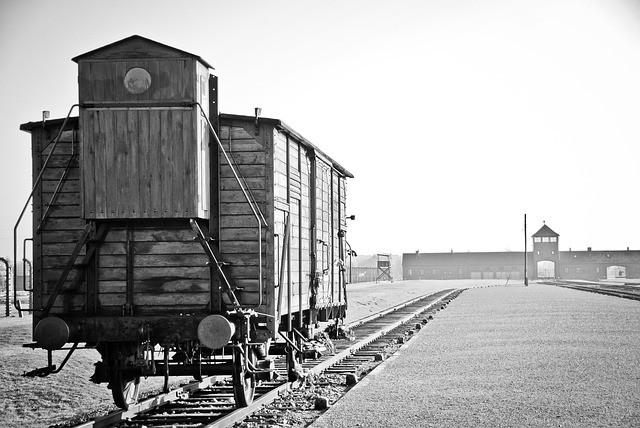 Governments in 2022 are on the ropes, and the world knows it. Energy prices are sky high across Europe. Inflation is rampant across the globe, and central banks are struggling to reign it in. Central banks' tools to squash inflation will also kill the global economy.

It is analogous to giving someone who has cancer chemotherapy. It may be an effective treatment to kill cancer, but it also does a lot of damage to healthy cells as well.

Raising interest rates does the same thing to the economy. Higher interest rates will reduce inflation, but it will also kill many jobs and businesses that generate tax revenue for the government.

Once you kill off businesses, it is not like they magically reappear once interest rates are lowered. Building a profitable business takes a lot of blood, sweat, tears, and long hours. Many companies will decide not to rebuild.

It is a travesty that something that takes effort to make can be destroyed on the whim of a few bureaucrats. How would you like to lose your life's work because of something you can't control?

When interest rates rise, tax bases shrink, and government services such as fire and police get decimated. If there are fewer police officers and firefighters to protect private property, crime rises, people move, and property taxes begin to plummet.

Property taxes are a huge source of revenue for state and local governments. If state governments start feeling the pinch from losing property taxes, they will turn to an already overindebted federal government that doesn't have its fiscal house in order.

The Federal Reserve is playing with fire and doesn't quite know it yet, which is more than alarming since they control the levers of the world economy. I am convinced they have no idea what they are doing. They are consistently blindsided by the inflation numbers and have no idea what is driving it. They are raising interest rates with the hope and a prayer that it will bring inflation back to their 2 percent target.

It may or may not work, but that is beside the point. The overall impact is a smaller tax base to generate taxes from.

When governments get desperate for cash to stay afloat, they will turn to confiscatory taxes or outright confiscation to fill their coffers. This has been done plenty of times in history and different countries. A recent example happened in 1933, which in historical terms, isn't that long ago.

FDR's Executive Order 6102 confiscated everyone's gold in the United States. If you didn't turn it in for dollars, you were threatened with a huge fine and jail time. Most people turned in their gold because they didn't want any trouble or felt patriotic enough to want to support the government.

This level of trust no longer exists in America. We barely trust our most important institutions in the country. Trust in government hovers around 20 percent, according to Pew Research Center.

If you flip this on its head, 80 percent of the American public doesn't trust the government. This is an astounding figure but not unsurprising considering the condition the country is in.

With less trust in government than in previous generations, the federal government can't count on the goodwill of Americans to bail them out this time. They will have to take the money by force or coercion if they want it.

Expect To Become A Target

If you have any wealth, you should consider yourself a target for wealth confiscation. The government may use excuses such as a "national emergency" to justify its actions. If you own stocks, bonds, gold, or even real estate, they can take that away from you because, most of the time, these commodities are secured by a custodian like a bank and are heavily regulated.

All it takes is a phone call from the government to the bank you use, and poof, your assets are frozen, and you no longer have access to it. Another recent example of this phenomenon is what happened to the Canadian trucker protest. This reality is coming sooner than you think. It would be best if you took action now while there is still time to do so.

Purchasing bitcoin and using the proper storage protocol will protect your wealth from the government stealing it from you. Buying Bitcoin and taking it OFF the exchanges and into your self- custody is the only way to escape the oncoming onslaught of government seizures. Honestly, it isn't that hard if you take the time to learn how to do it. There is plenty of resources out there to guide you.

If you want to protect your wealth for the future, the best time to start is today.

If you like my content, please consider making a small contribution to help keep the lights on!