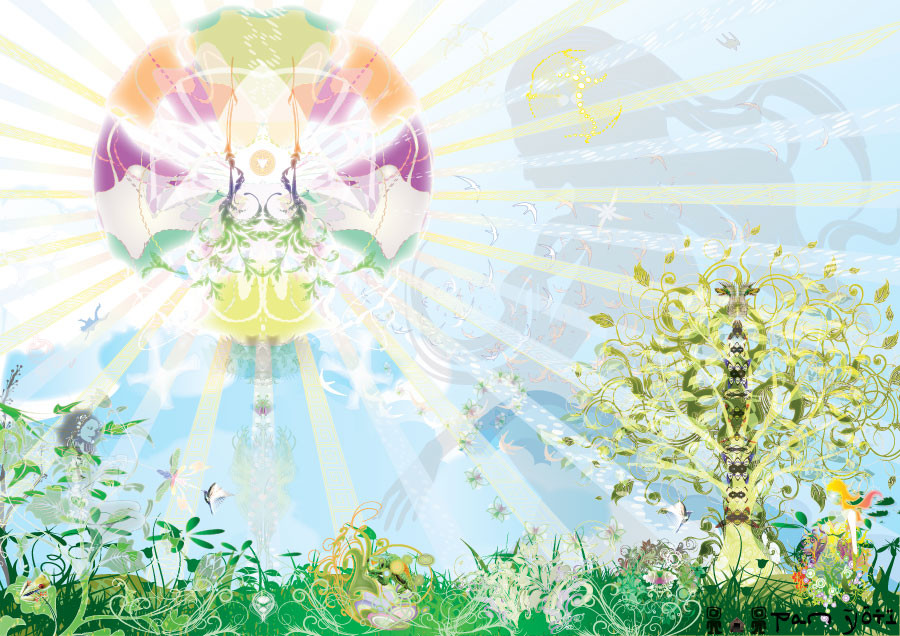 The Real Virtuality of *Homo pseudo-sapiens* 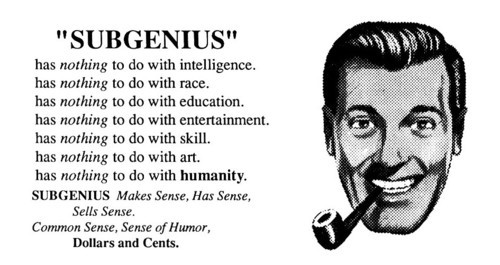 Bob Dobbs, the enigmatic high priest of the Church Of The Subgenius, claims that the world was destroyed (or disappeared?) and replaced with a simulation, when the atom was split in the first nuclear fission “experiment”.

Others have written about virtual realities and simulation, from the "Gnostic" teachers to the Situationists to any number of glow-in-the-dark cyber-philosophers since the early days of rave.

In the narrative explored in this text, "the world" replaced with a simulation includes human beings; this means that we are looking at human simulacra. The many sci-fi books and movies about cyborgs becoming more human were allegories for the "human condition" which is in fact a simulation of humanity, a mechanical approximation. We are going through the motions of being human, like automata, and gradually becoming conscious. 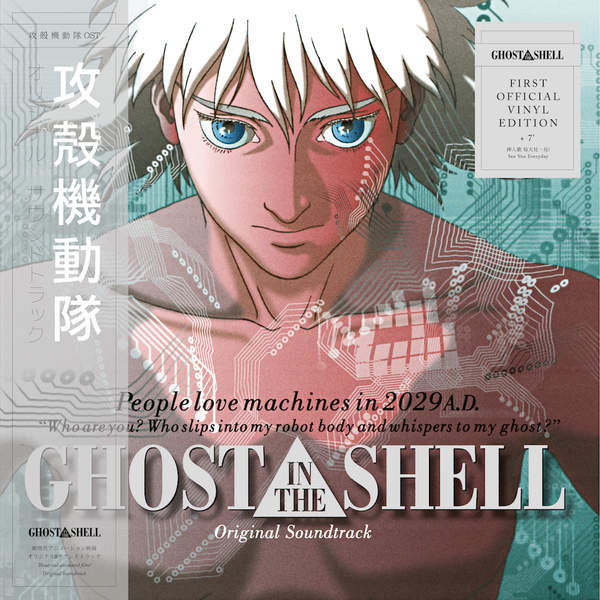 What does it mean to be human? I believe I’m not alone in thinking there is a set of universal qualities that we understand define humanity: humaneness, empathy, intelligence, dignity, sovereignty, etc. These qualities are supposed to be present across the human species, but we find in practice that this is not particularly evident; in the history of our glorious civilisation at least. These qualities must be cultivated- a word also used by Daoist practitioners. A cultivated person is not one with table manners and other reptilian signifiers from Victorian England- it is the person that has attained the qualities we all know make us human. Many, being simulacra, go through the motions of being cultivated, but the facade is easily broken.

To avoid even more unnecessary suffering and destruction, I suggest that the concept of what it is to be human would need to be expanded from the humanist/human-centric and largely western ideals mentioned above - to that of the human animal. This is the opposite of transhumanism and the antidote to collective insanity.

The human animal is the true homo sapiens- "the missing link" between brainy homo pseudo-sapiens and the biosphere. The awakening of homo sapiens is what was originally meant by “enlightenment”. The word "enlightenment" is a reference to the awakening of a true human being, but was corrupted by priesthood to a nonsensical abstraction; priests and other guardians of pseudo-sapience have worked hard to perform spiritual lobotomy on humanity, because enlightened people don't surrender their lives so easily.

Sapience means wisdom and the Greek word for wisdom is Sophia (so-fee-ah), which is the name given to the Goddess by pagan "gnostic " teachers. Wikipedia (of all places) contains the following enlightening comment:

Sapience is closely related to the term "sophia" often defined as "transcendent wisdom", "ultimate reality", or the ultimate truth of things.Sapiential perspective of wisdom is said to lie in the heart of every religion, where it is often acquired through intuitive knowing. This type of wisdom is described as going beyond mere practical wisdom and includes self-knowledge, interconnectedness, conditioned origination of mind-states and other deeper understandings of subjective experience. This type of wisdom can also lead to the ability of an individual to act with appropriate judgement, a broad understanding of situations and greater appreciation/compassion towards other living beings.

It is a basic principle in my writings that while "Sapiential perspective of wisdom is said to lie in the heart of every religion" in truth it does not, neither in principle and obviously not in practice. I hope to explore this core truth and some core lies later in this blog or any other platform that works without censors.

More pragmatically, it has become incredibly (and I don't misuse this word) obvious that the entities identifying as human beings in the modern world do not have sapience and cannot be called sapient. By their fruits you shall know them...

The political solution to this dissonance would be of course to simply change the biological name for the species. By constantly re-defining the meaning of words, it is possible to mould reality for profit, as the predators and parasites preying on the planet have long known.

Since Homo pseudo-sapiens would be too close to home, I propose a change to Homo domesticus, or Homo utilis - the useful idiot.

The simulacra cannot actually become the real, and are threatened by it. The story of Jesus managed to capture the imagination of billions despite being largely an incoherent insult to human intelligence, because it co-opted the remnants of a collective memory of a truly sapient human being- which is the only way to really live- and many unconsciously know this.

Pseudo-sapience is the leading paradigm in modern culture- an arrogance born out of the “scientific enlightenment” which supposedly liberated us from the yoke of “god” and the church. As a Turtle Island elder said: "These people can do all these clever things with the computer... but they are empty inside". Modern human beings have the illusion of free rational thought and free will, when in fact one set of dogmas based on lies and abstractions has been replaced with another, with the underlying morals and metaphysics largely unchanged. God has been replaced by scientism and the word of “scientists” in the media is not only unquestionably accepted as truth, it is also violently protected. The internet has become the greatest ever propaganda machine with sites such as Wikipedia serving to manipulate the hive mind with unprecedented effectiveness. Here, anonymous hands can easily destroy the names of people who don’t serve the Borg mind, and can freely push their version of “facts”.

THE WEB IS THE HOME OF THE SPIDER. The internet is a fake version of real human telempathy, and of the real global connectivity- which is that of the biosphere.

The result of pseudo-sapience is dehumanisation. In practice, this is shaping to be the emerging totalitarian technocracy pioneered by the Chinese Communist Mafia. As the CCP-style global lockdown is *conditionally* coming to an "an easing off", The Guardian of the lie is already talking about “contact tracing” as if it is an established “new normal”; and preparing the ground for mandatory global surveillance.

Virtual Reality is another favourite of Homo pseudo-sapiens. The obsession with simulating the world with computers is a tell-tale sign of what we are dealing with: an alien intelligence taking over by mimicry, preying on life by creating a facsimile of it. This is what is increasingly happening in the encroaching specter of digital media where entire world views are manipulated further and further away from the truth- to the point where Homo pseudo-sapiens begins to prey on itself. With the help of technology, it is rapidly becoming impossible for many to distinguish reality from fabrication.

The important detail here is that this is what the intent- conscious or not- behind the technology was in the first place. We are looking at a largely automatic process that will not stop without real human and divine intervention.

THE CORRECTION OF THE (T)ERROR 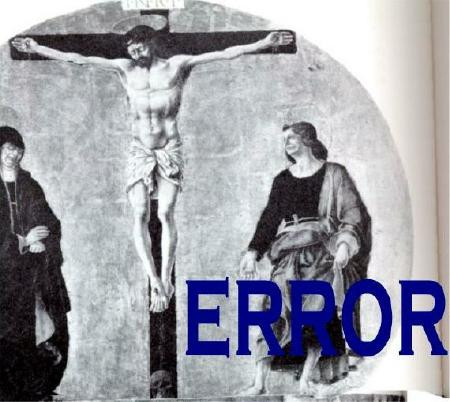 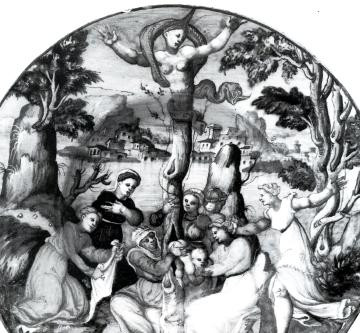 The birth of Adonis is something very different but the outline of the scene is familiar....

The “task at hand” here is finding how to re-awaken the human animal from its hypnosis.

There is no real life with a materialist outlook and there is no escape from a dystopian nightmare through the mind. Thinking comes to a logical dead-end with the problem of the meaning of meaning and the realisation that, with our pseudo-sapient minds, we cannot know anything about reality with any certainty.

I/you/we literally cannot individually or collectively think of a way out of this, let alone implement it- because we are massively outnumbered. This is the "reality" from a pragmatic, 3D perspective, as many scientists and thinkers have concluded: "we're most likely fucked".

However, this is simply an end-game scenario in a VR tunnel set up by the parasites- an ingrained thought that slavery to the parasites and their dehumanised grids and hive minds ("unity" with a false god- divine or technological) is the natural human condition and in fact the only possible, inevitable condition.

That can only happen WITH YOUR CONSENT.

It is always the time to reclaim humanity by breaking the spell, unmasking the lies and becoming Homo sapiens- the wise human animal, held by the Goddess of healing, wisdom and true intelligence. A Goddess whose very body is the Earth, who has the power to restore humanity to its true state and its true understanding of life and death- IF we can stand up to our true potential as sovereign beings, spiritually connected to the real matrix, the Earth mother.

This is an option, not an ultimatum.

Love, magic, healing, the divinity of the biosphere, human free will - all these things are real- and so is dehumanisation. This is a process happening individually as well as en masse, as if a black magic spell has been cast upon the planet. The only thing to do is to break the spell. Unmasking the lies is important but accomplishes nothing by itself.
The reality of the Archons- the psychic predators and parasites driving Homo pseudo-sapiens- is intimidatingly "real" while stuck within the virtual reality prison they are creating.

The essential ingredient comes from within and from the Earth. This is not about "being one" with anything other than our own body and our heart, which are already "one" with the planet's. By connecting our spiritual center and power to that of the biosphere's, feeling the love, the grief, and the rage, we can awaken a torrent, a power that will shed off these empty shells and parasites, dissolve the predators in the light, and allow the birth of true homo sapiens on the planet.

This will not be a painless operation- it is a birth after all. 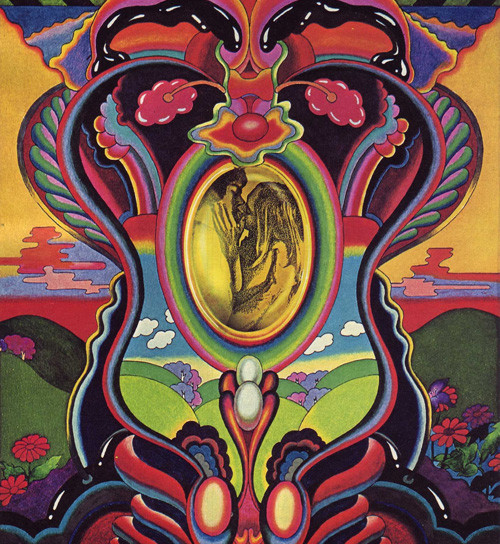