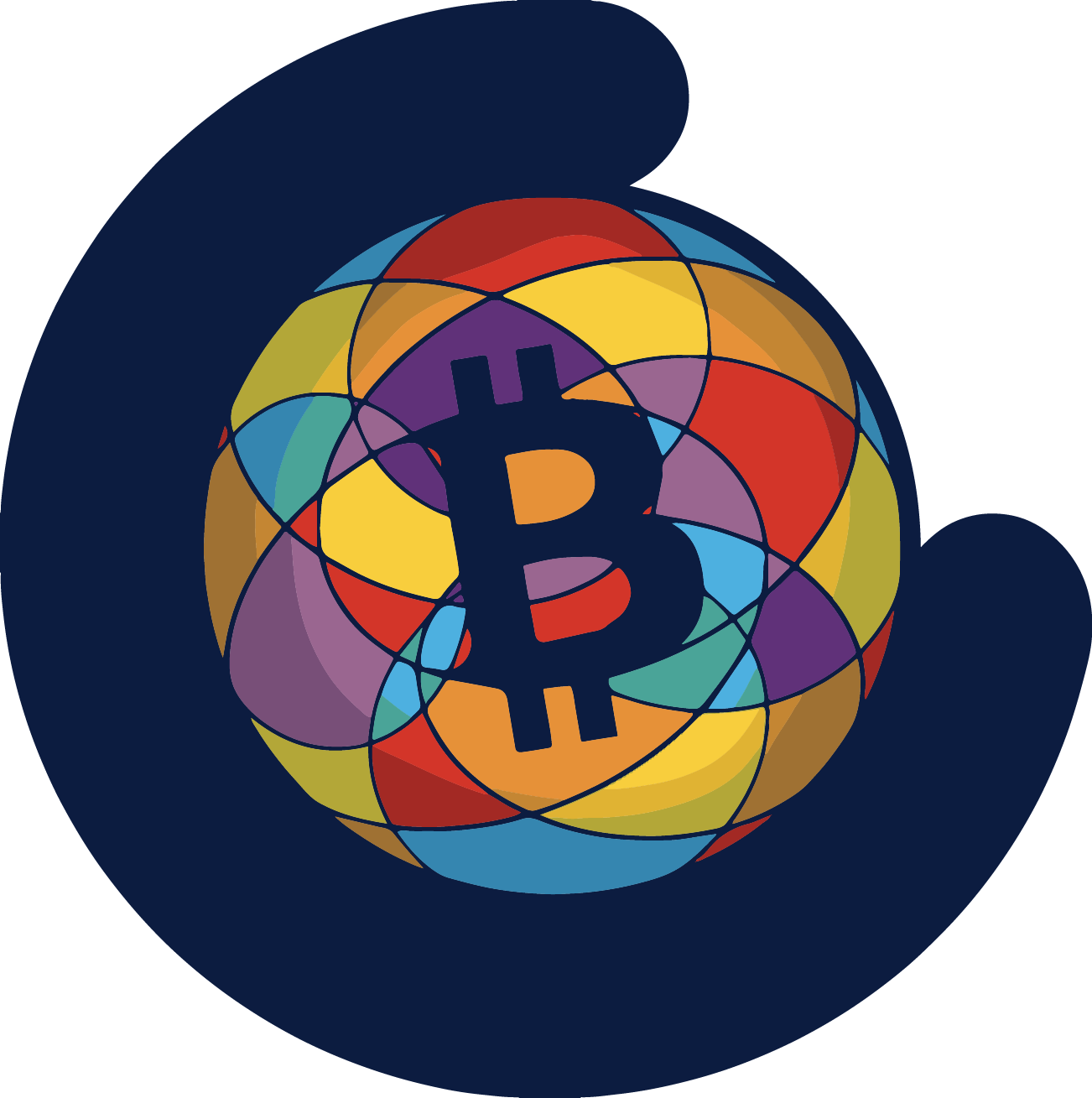 written by Criptid-I, for the Curator Collective, based on an interview with artist Montserrat Montegut

Montserrat Montegut is a 24-year-old journalist and an up-and-coming, self-taught artist who lives and works in Buenos Aires, Argentina. Mon Mon is the artist name she chose. She liked its “artsy” tone -as she explained smiling-, but it also derives from a name selection that was made earlier, in 2018, when she was able to legally become a woman and decided to be called Montserrat. A fierce defender of LGTB rights and a loyal friend, in addition to journalism and painting, she devotes her time to studying Multimedia Arts and would love to become an Art teacher in the distant future.

Mon Mon in a nutshell

Favorite piece created: Birthday present for a friend inspired on the movie Pulp Fiction (second from left in cover image)

Message to the world: Use Linux

Project for the future: Creating an NFT collection based on Tarot cards

Memories and dreams, past and future

Mon was born on May 11, the day of the Argentine National Anthem -as she proudly mentions- in Adrogué, a city located 23 kilometers South of Buenos Aires. Although she grew up and still lives in this beautiful city, she went to school in a neighboring district called Temperley. There, she attended the Instituto Manuel Belgrano, a very conservative Catholic school from kindergarten to high school.

She fondly evokes her History and Art teachers, although she also recalls spending most of her time sketching and drawing instead of paying attention to class. Less pleasant memories arise from some more conservative teachers and classmates, who bullied her for being “too feminine” and accused her of “being gay.”  The years spent in a Catholic school left their mark on her and on her art, as she often resorts to religious imagery for inspiration. In fact, one of her paintings, Reinterpretación de la Crucifixión, created in 2017 as a condemnation of homophobia, hanged on the walls of the Secretariat of Diversity of the Ministry of Security of Argentina until 2019.

In stark opposition to such cruel reality, a source of warm memories were the childhood trips with her parents all around the country. As a lover of mountains, she has visited the Sierras of Cordoba and the Andean-Patagonian forests. She fell in love with the magnificent lakes surrounded by snowy peaks. As a matter of fact, El Bolsón is one of her favorite places, partly due to its beauty, but also because of its resemblance to the scenery portrayed in The Lord of the Rings saga.

Now, just like in those times, magic and fantasy fill her dreams for the future. In fact, although she doesn’t usually paint landscapes, one of her coming projects entails creating a collection of artworks based on the folklore of the region, portraying the elves and fairies said to dwell in such mesmerizing forests. Furthermore, esoterism has become one of her main interests as an adult and she believes it will become a recurring topic in her art. Once a fervent catholic, she has now become a Tarot reader and is planning to recreate the Tarot cards in her paintings.

Friends and foes, new and old

She loves the mountains, but she hates the sea. Maybe her wounds run as deep as the sea, maybe the waves bring back sad memories or the comings and goings of some of her long-time friends who let her down when she needed them the most. Yet, the pain from the past made her stronger and, after a while, Mon regained strength thanks to a community of new friends, who stood by her side and truly shared her passions and beliefs. Art helped her heal too, after getting her heart broken one too many times, providing an outlet for her anger and sadness, as her painting Súcubo punk (2021) shows (image above). Acrylic, blood, and tears went into that painting, which is now lost.

Just like she picked up her own pieces, Mon loves bringing life back to things people have long discarded. She actually calls herself a rag-picker since she usually collects wood, carboards and other materials from the streets and incorporates them into her artwork. One of her self-portraits is entirely colored using only old make-up. Similarly, her favorite piece, which portrays Mia Wallace from the movie Pulp Fiction, was painted on an old, red-stained, half-broken table she found on a sidewalk. Pulp fiction isn't the only Pop movie from the 80s and 90s that has served as a source of inspiration. At the moment, she is working on a recreation of one of the characters from the movie Scarface on a piece of wood the found on the street as well.

Aside from recycled materials, Mon mainly works with oil paintings and acrylics. Her favorite colors are red, pink, and white; the paint colors she usually hands to her friends, along with a brush, when they visit her house. The walls in her bedroom-slash-studio become a canvas where they express, in a graffiti-like style, their love and friendship.

Her friends decorate her room, and most of her pieces have ended up in their houses either as gifts, commissions, or purchases. Moreover, due to the requests of friends and clients, several football players have been depicted in her work, even though she is not an avid soccer fan -she occasionally watches matches played by Boca Juniors or the Argentine National Team. In more than one way, her community has guided and uplifted both, herself and her career.

Music and life, rights and wrongs

Friends play a predominant role in her life, but only the ones she has chosen for their quality and principles, not those that appear “by default” because they live nearby or attended the same school. In fact, most of her acquaintances are relatively new friends and belong to the trans community. She has met them in her favorite bar, Puticlú. This is where she found her real soulmates and where she is the happiest. As most young, beautiful women, she loves going out and dancing. Psychedelic music, disco, and house constitute her preferred music genres. She is enchanted by this mystic, dark and beat-driven music, but she is also seduced by some classics from the 70s, including Giorgio Moroder and Donna Summer. Charly García is among her best-liked Spanish-speaking singers and songwriters.

In Mon´s opinion, Total Interferencia, by Charly García is one of the best songs of all times. This is not by chance; this song tells the story of  a character that  must deal with the contradiction of having to survive being one on the outside and another inside. Once trapped in male body, Mon knows the struggle and is a fierce defender of LGTB+ rights. She remarks that she is happy to live in a country that is among the most advanced in the world regarding LGTB rights, since it provides free hormone therapy and reassignment surgery, it has implemented a trans employment quota, and has legalized same-sex marriage. Not only does she actively participate in marches and demonstrations but is also a passionate defender of transgender people´s rights in social networks such as Twitter or Curious Cat. In fact, she is an active member in such communities and has met many of her current friends in such virtual environments.

Politics and crypto, paper and digital.

In real life, Mon participates in protests and rallies; in the virtual world, she fights for her beliefs in written form. As a journalist, she has written articles for some high-circulation newspapers in Argentina such as Infobae, República Económica and Noticias en Red. Nowadays, she mostly creates content, either articles or videos, for NGOs. As a genuine freedom fighter, she writes disclosure articles and pieces on political communication.

Ideological affinity and technology have opened up the opportunity for a new kind of friendship and Mon has eagerly taken it. Thanks to Twitter, she is now a close friend of well-known libertarians such as Carlos Maslatón and renowned experts in crypto such as Santi Siri. In fact, she warmly remembers how her dear friend Carlos organized a party commemorating Mon´s 15th birthday, when she was much older, just because she was still perceived as a boy when she actually turned 15.

Virtual friendship has also invited her into the world of crypto. Twitter was the bridge that led her to the Curator Collective which, in turn, commissioned two of her artworks that will soon be transformed into NFT collections. The pieces depict Maradona and Messi as well as the Bitcoin and Miami Coin´s logos. These new NFT collections will feature digital variations of the paintings created by Mon, on occasion of the FIFA World Cup 2022. Some of the variations of the Maradona painting are shown below

Mon Mon. Once a boy, now a woman; once a Catholic, now a Tarot reader; a lesbian, a leftist-libertarian who does not believe in copyright; a crypto-enthusiast, a 90s lover, a friend, a partner, a journalist, and an artist, this beautiful woman has channeled her kaleidoscopic nature into a beautiful being that does not cease to create and inspire.

written by Criptid-I, for the Curator Collective, based on an interview with artist Montserrat Montegut