Hot from the press #1

This is the very first edition of Sigle “Hot one from the press” posts and we plan to publish them roughly every 2-3 weeks to keep all of you posted on what we are up to and what's next. Before we take off, big shoutout to Mark from Megapont who started the Newsletter trend in Stacks NFT space. It has been working very well for them and we are proudly learning from the best.

Piece by piece the Sigle platform is coming together. In the pictures below you can see a preview of the new looks which we have been crafting for couple of months already. Great UI/UX is a crucial for adoption and onboarding new people to web 3.0 and we are trying our absolute best to provide nothing but the best on that front. 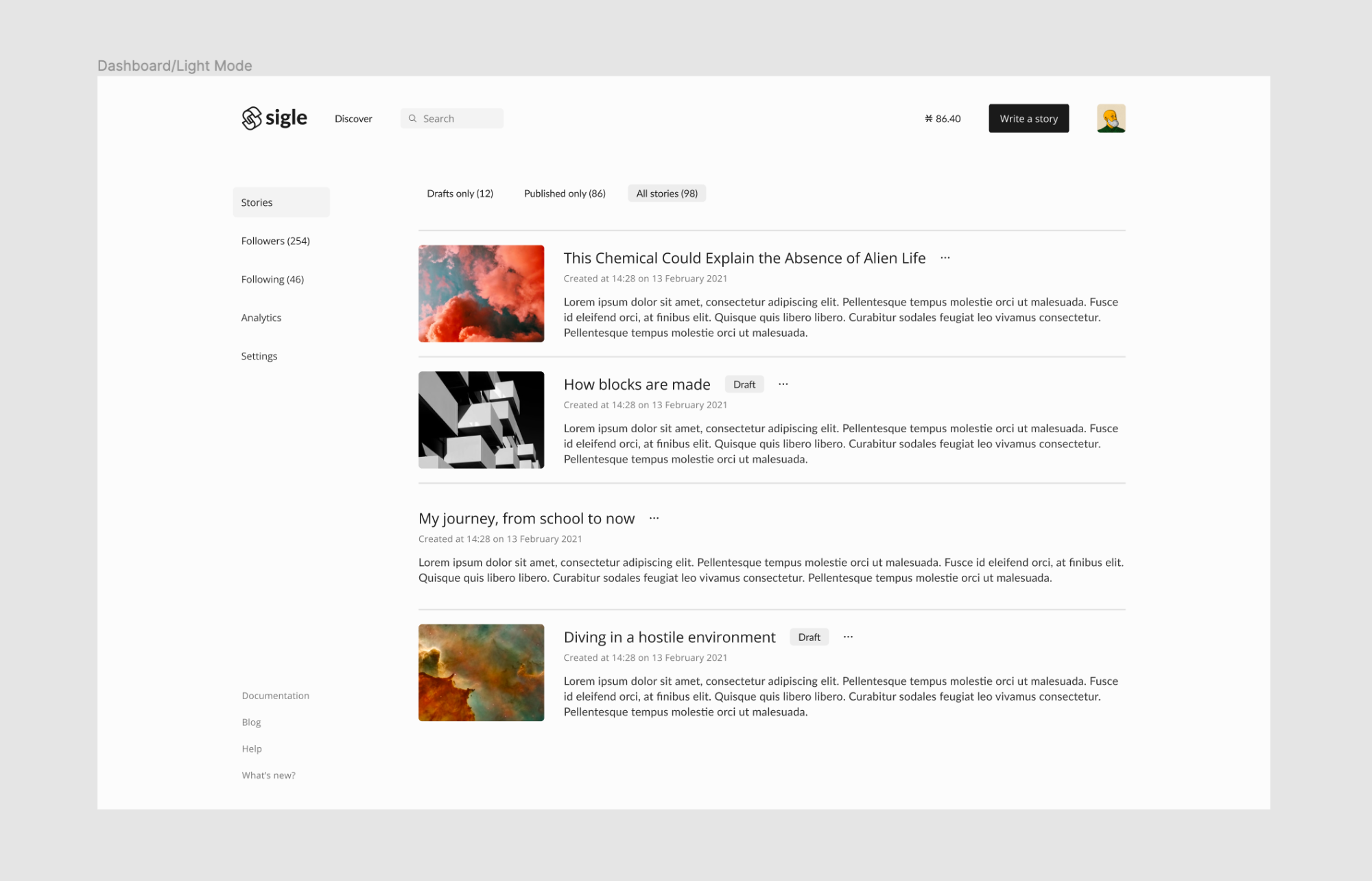 Apart from the fresh looks, there have been lots of very exciting developments on the more technical side. Significant progress has been made with Hiro wallet login integration and you can expect that to arrive at some point late January or early February. We can't wait to say “bye bye Blockstack” and it is coming.

Some more experienced founders warned about the challenges of hiring the first employees and how tough hiring is in general. We did listen to that, but now we are experiencing it and that is when you learn the most. We are absolutely stunned by the positive response and the amount of interest we received within first weeks of publishing the job post. In total around 70 applications were sent in through various mediums and we went carefully through each one.

Being a caring employer starts right away from the very first interaction with the applicant. While there were cases where it took a bit more than promised two days to get back to the candidates, we tried our absolute best to get back to every single applicant on timely manner and provide useful learning resources if things didn't go further.

Currently we are still hiring for both frontend and backend positions, so in case you know anyone who would be interested in such roles, reach out to akirtovskis on Twitter and let's take it from there.

Here are the public job listings:

Quentin has already teased all of you with some drawings on his Twitter. As promised in the blog about the burn, everyone who holds Explorer long enough will be rewarded with something very special and useful down the road.

Slight delay with burning the unminted tokens due to the network upgrade and smart contract audit. Couple of months ago no one was talking about the audits, but by now most probably everyone in the ecosystem is aware why that is an absolute necessity.

We can now confirm that the 7000 dead explorers will be showcased in a virtual museum. It will be a gallery which you will be able to navigate. Below you can see a small teaser on how it might look like. Far from final look and no set date yet, but we are aiming to release this somewhere around early/mid February.