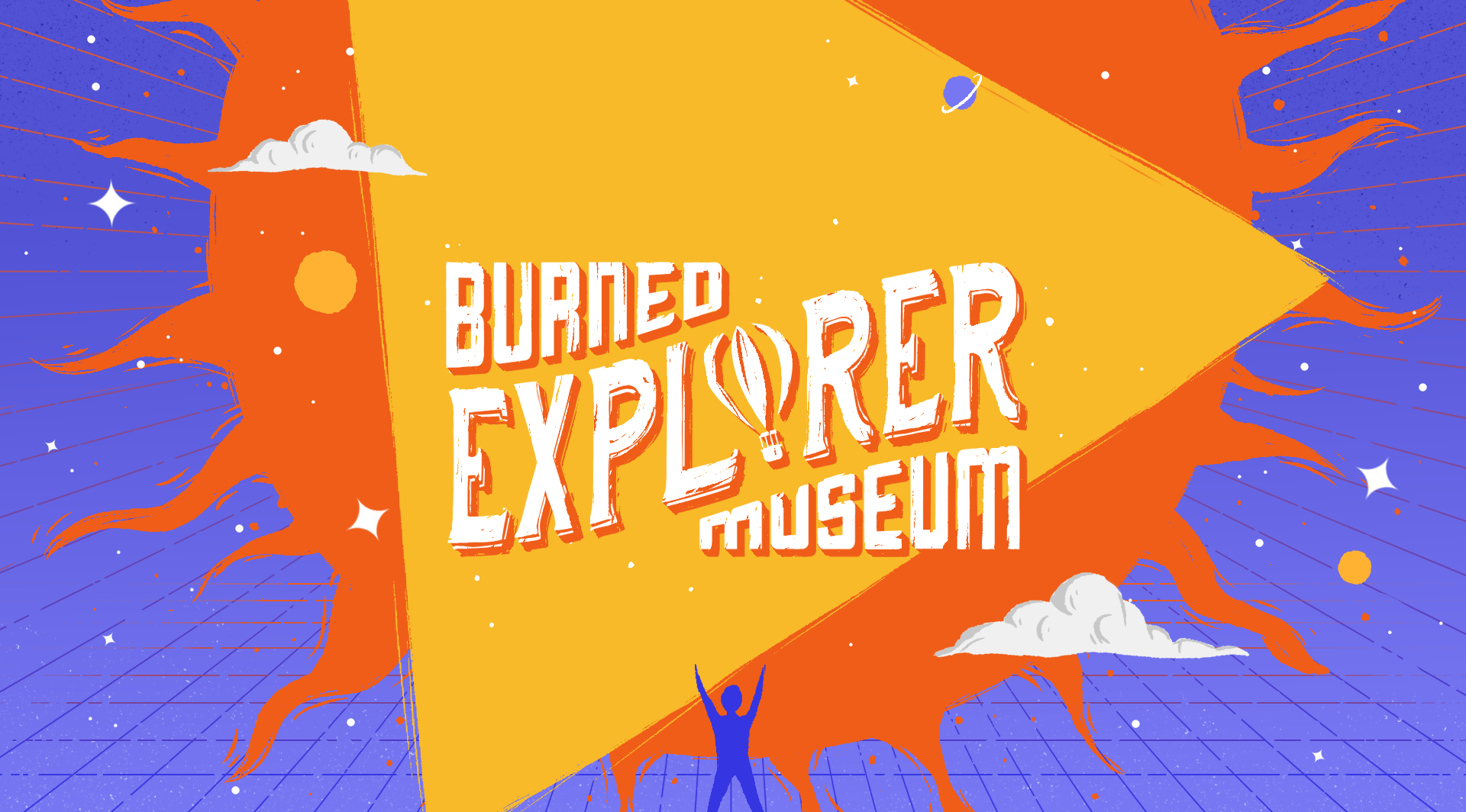 A long time ago (in November), in a galaxy far far away (called the blockchain), the community (you) decided to burn 70% of the #1 Explorer Guild NFT collection. 7000 versions of the 19th Century French writer Jules Vernes would be lost for the good (hopefully) of their clones.

But they couldn’t just disappear forever, no trace, no memorial, nothing... could they? Something had to be done. As we discussed the future of the collection with the community (you), someone mentioned the idea of a museum. Suddenly, it all clicked: we would build a virtual museum, a parallel universe with floating objects and whales and portals shaped in the original Jules’ head, where the forever gone NFTs could lead a peaceful afterlife.

We knew the perfect guy, he’d know how to bring the idea to life: Jean-Marc Centenero, LagenceCree, crafted this creative and procedural web experience for Sigle.io. The 2D illustrations incorporated to his work were produced by Sigle.

Trains, like time and tide, stop for no one.

Today, we are very excited to welcome you to our museum and its unique, ever changing exhibition.

You enter a hall of colourful faces, lookalikes wearing hats and piercings with parrots on their shoulders. You’ve clicked on a few to take a better look and study their attributes. #8579 was fun, moving onto the next. As you press the arrow key, there’s a glitch. The few explorers you were able to see and those you wanted to have disappeared. A block must have been minted, creating a new combination through a verifiable random function produced by the Stacks blockchain. A hundred new random Jules Vernes out of the 7000 burned are now ready for you to discover. You have about 10 minutes before the glitch is back, maybe less. Will you be lucky enough to spot some of the rarest explorers?

Most of our future lies ahead.

Now you may think of a museum, once it is built, as a steady and unchanging piece of history... But more is to come and a mystery is to be revealed...

As you move through the parallel world, you will find successes to unlock... Once you’ve completed them, these achievements will allow you to unlock a well-kept secret about the future of this museum... Be the first to unlock it and post a screenshot on our Discord channel (#main-chat) to win a free Explorer Guild NFT!