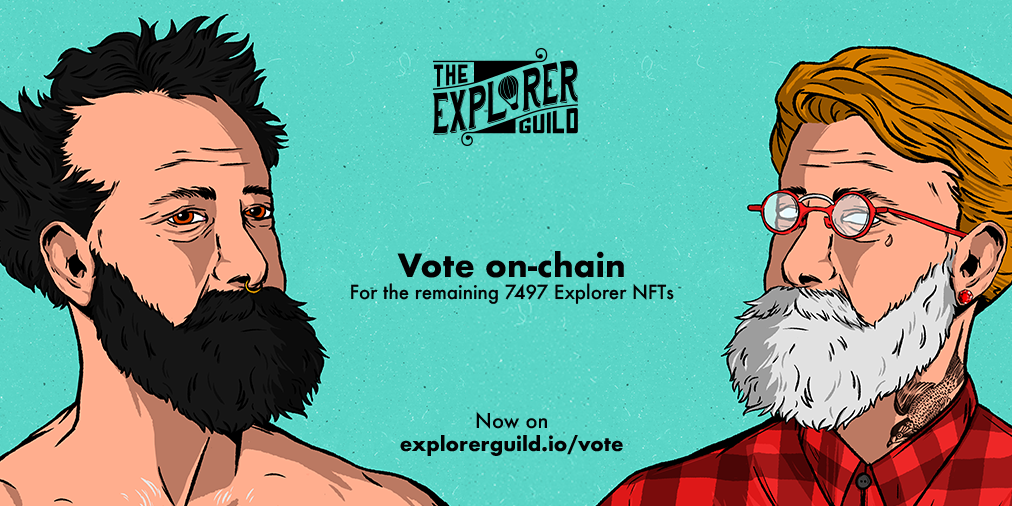 The decision to stop Explorer minting was a tough one to make.

We have been extremely impressed and are super thankful to all of the community members who came forward with various concepts and ideas through the #community-ideas channel (on Discord) to find a solution to the problem we are facing with the remaining Explorers.

Judging by the feedback we received, we have absolutely no regrets about doing it and feel that it was the right call to make.

When we did the announcement, our intention was to gather ideas that would end up beneficial both for the NFT collectors and the Sigle platform. Below you can read how we’ll proceed.

As we eat, sleep and gm the web 3.0 mindset, the decision to do the community vote on-chain was pretty obvious. Here are some of the key things to know about the on-chain vote we will run:

The two options we chose

We looked into all of the options and spent considerable time discussing back and forth each of those to ensure that even the ones that initially seem to make little sense to us are carefully considered.

Ultimately we believe that two options that are left in the vote will increase the value of both the NFT collection and also benefit the platform.

Options we left out of the vote

Including the airdrop of explorers in the vote, is something that we were very strongly against as we thought that it would not benefit the writing platform in any way and also could potentially harm the existing holder by reducing the scarcity of collection. So this one seemed a quite easy "no".

The second option we considered, but ultimately left out of the vote was the portal approach. Similar to the airdrop idea, we didn't manage to see the utility for the platform, and also another issue with this approach was that it would potentially mess with the rarity of current explorers.

Thank you for your cooperation.