The story of THE EXPLORER GUILD - Chapter 2 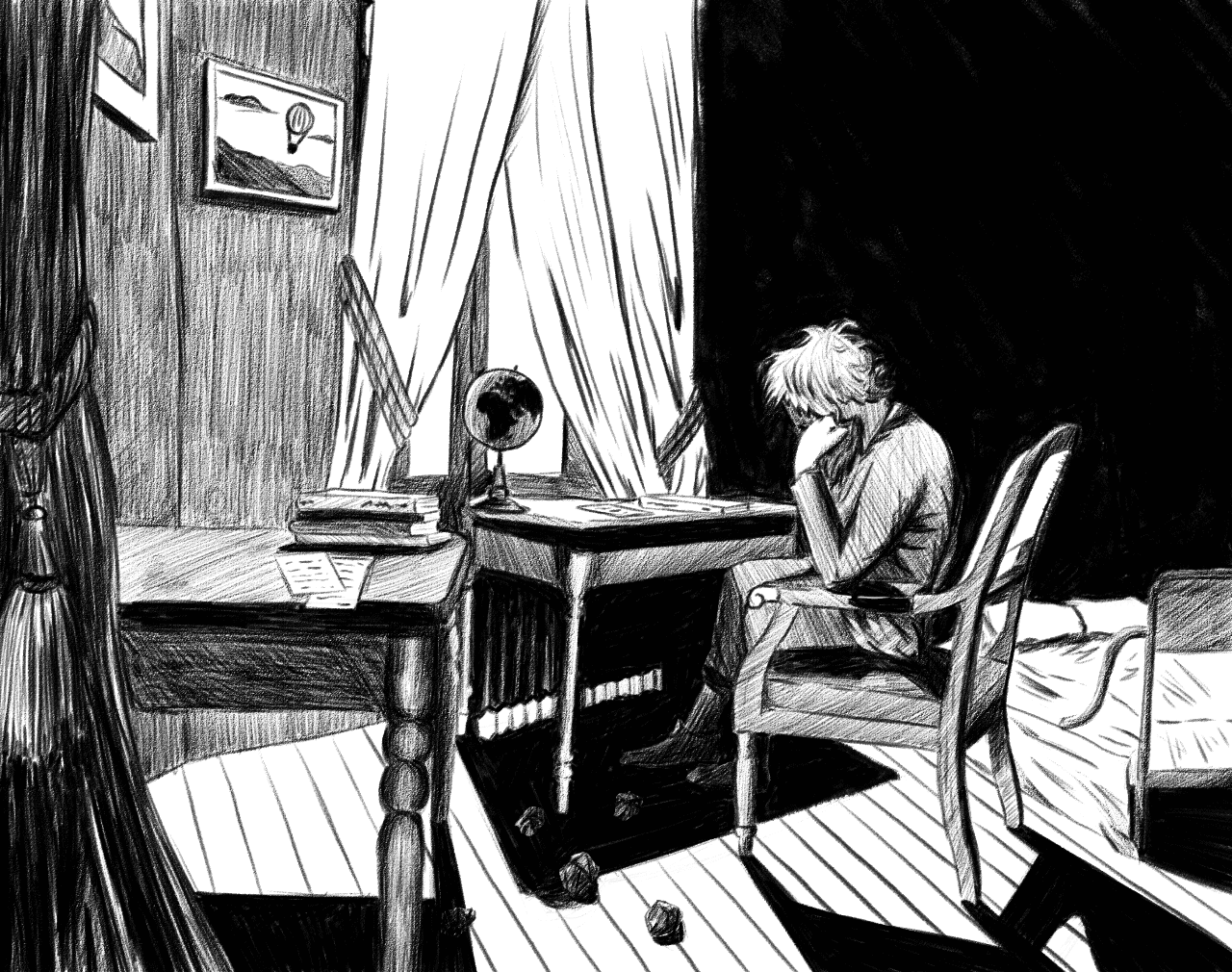 A strange sound hit the grey and electric sky. All the passers-by, including Jules Verne, turned around to observe the clouds.

- “Oh, look, there!” shouted a businessman a few feet away. He pointed to a blue streak in the sky, like a shooting star that crashed to the ground several dozen kilometers away.

Another one appeared. Then another, and another. Suddenly, it was hundreds of beams of light that were tearing the stratosphere. It was apocalyptic, people started screaming and running in all directions as the meteorites rained down to the ground. It was like an endless flood that would not stop. Even in shock at the sight, Jules Verne watched carefully. He could clearly see other trains exploding in the galaxy. "What the hell was that? There had to be a connection with my time travel!” He thought.

A few minutes later, newspapers all over the world had already picked up on the news. In China, the United States, France, Argentina, South Africa... even in Siberia, thousands of craters could be referenced all over the world. Nasa did not take long to launch its report. Exactly 3000 meteorites would have fallen on the ground, 7000 would have passed by the Earth or would have exploded in flight.

Jules Verne observed this strange luminous cube that projected images in a window that some people next to him called "television". Apparently, one of them had crashed not far from Area 51 in Nevada. It didn't take long for the army to be on the spot and to transmit the first images of what was going to change his life again.

Jules Verne approached the television set, pushing some people on the sidewalk to see more clearly... In the images, we could see a man with a strange skin color getting up in the hole created by the meteorite, all in a cloud of smoke. Then the image became clearer.

"My God, but it’s… me??" Jules Verne was stunned, how was this possible? He could clearly recognize himself despite the fact that he looked slightly... different. His clothes, his hair… even his skin color were different but it was definitely… him!?

- "But what did I do, what happened? This is a disaster..." While saying these words Jules Verne fainted in the middle of the astonished passers-by.

- “No sweetheart, how could it be him?" replied the mother.

- “Hey, the boy is right, look! It's him! He just has different clothes” proclaimed another in the background.

- “Doesn't he look like… Jules Verne?" asked an old lady already examining him.

- “Get out of the way, we have to help him, give him some air" said another voice further away.

Several hours later, Jules Verne finally opened his eyes. The shock was so intense that it had put him into a long coma. When he woke up, he was surprised to find himself in a hospital bed surrounded by dozens of journalists! Some of them were even waiting in the corridor, blocked by some doctors at the entrance of the room. Clicks began to resound in the room accompanied by flashes of light from journalists' cameras.

- “Please gentlemen, ladies, please! Get out of the room he needs to rest!" shouted one of the doctors. He grabbed the arm of a young journalist to get her out but she managed to free herself. The young reporter came and sat down next to Jules Verne, still in a state of confusion.

- “Mister Verne, you seem lost, do you at least know what just happened?” Ask the blond woman.

- “Mister Verne, in 1895 you suddenly disappeared in a mind-boggling noise during one of your demonstrations. You tried to clone yourself, according to reliable sources, but the experiment went wrong. You and your machine… vanished. We were never able to explain your disappearance...until now."

Jules Verne was staring at her, waiting for the rest of the story.

- "Mister Verne, you've done it. The cloning worked. More incredibly, you created a time hole that projected you directly into 2021. Mister Verne, you proved to the whole world that cloning and time travel were feasible and consequently proved the string theory, that's... stunning!! Can you believe it?"

A few days later, after a well-deserved rest, Jules Verne was welcomed with great fanfare by the National Guard and the presidents of the entire world in the capital of Europe. He was awarded several honorary medals and was proclaimed the greatest inventor of all time.

Later on, it would be proclaimed that a museum would soon open, in honour of the first-time travelers who burned and died in the expedition, up there, somewhere in the galaxy.